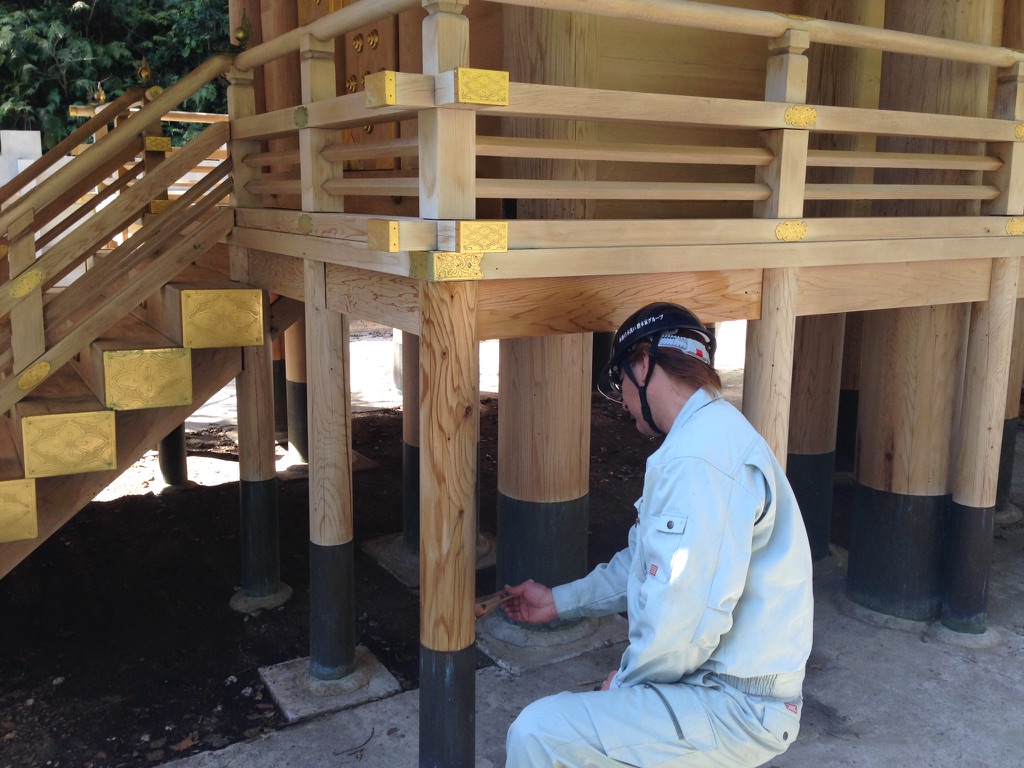 SOUFA is a boric acid termite preservative. Wood can be made flame-retardant at the same time by application and impregnation.
Many termiticides currently used are mainly derived from pesticides, and are considered to be bad for the human body.
In Japan, it is said that the health damage caused by underfloor construction has increased, and it has been said that less toxic drugs have been used, but the actual situation is not well understood.

Meanwhile, a product called boric acid termiticide has appeared.
Boric acid is a highly safe drug that has a very low effect on the human body. In addition, the effect lasts semipermanently because it is an inorganic substance that does not evaporate unlike existing pesticides.
Boric acid originally has a long history overseas.

new Zealand
It is the same island nation as Japan, and a country full of seasonal changes. It is plagued by termites, leaf beetles and beetles. Pine is used as a structural material for two-by-four construction, using a lot of pine wood, and is not strong against embalming and termites. To that end, we became the first in the world to require boric acid treatment for wood pest control. In 1950, the results of boric acid treatment were verified 40 years later, in 1992. It has been hired and has maintained a 100% market share since it was proven that no damage has occurred.

Hawaii
Termite damage seven times that of Japan. In 1985, termite control was required on structural components (bases, beams, joists, floorboards, columns).
Arsenic pesticides called CCA are predominant and are banned worldwide because they contain carcinogenic hexavalent chromium and arsenic. In 1992, boric acid treatment was introduced, with a 90% share in just two years. Currently, boric acid treatment is adopted for all structural materials.

Mainland usa
Boric acid treatment was selected from CCA treatment since 1990 and introduced as a pest prevention. Also, boric acid has been found to be the most effective means of preserving wood, and is used in the mainstream.

The termiticide used above is a type of boric acid called disodium 8-borate tetrahydrate.

SOUFA is made from a specially synthesized component called sodium polyborate. It is also a safety test and can be licked.
So what are the benefits of using boric acid termites for housing manufacturers? I want to think about that.

The bottom line is that we can differentiate.
Currently, the only major manufacturer that uses boric acid in its entire home is the Swedish House. (As of March 2020)

To be a bit provocative, as long as you are using existing termiticides, the pesticides are scattered beneath the floor, and after five years of ineffectiveness, the wooden house becomes a termite dining area.
Many construction companies are aware of the above, but have taken little action.
There are a lot of things that can’t be helped with the above, and termite countermeasures are hardly a selling point from the viewpoint of the housing manufacturer.
As a result, major manufacturers have to spend more money on more visible locations.
To put it simply, it’s easier to sell UP grade kitchens than UP grades.

To be honest, now every housing company has a great product and there is not much difference.
Even if there is a difference, if the reputation is good, it will be imitated by other companies and leveled, so the planning department may be tired of it.
In that sense, you may be worried that boric acid termites will soon be leveled as well.
But our image is a little different.

In fact, boric acid termites are hated by termite installers.
This is because “reconstruction”, which is a source of income for termite contractors, is no longer necessary.
In addition, many companies that are on the board of industry associations are pesticide-related companies, which is troublesome considering various power balances.

In short, you will need to insert a scalpel into the “heavy” part.
That’s why major housing manufacturers will be hiring after observing other companies’ trends.

For those who are dealing with boric acid termites and are actually talking to housing companies, I think this is a real opportunity now.
Boric acid termiticides have sufficient evidence, are strong, are safe, are long-lasting, and do not differ significantly in price.
There are environments where it is easy to differentiate from other companies simply by adopting it, and not immediately imitated.

In the case of SOUFA, “flame retardancy” and “burn resistance” can be given at the same time.
The following video can be reproduced in front of the customer, and the impact is enormous.